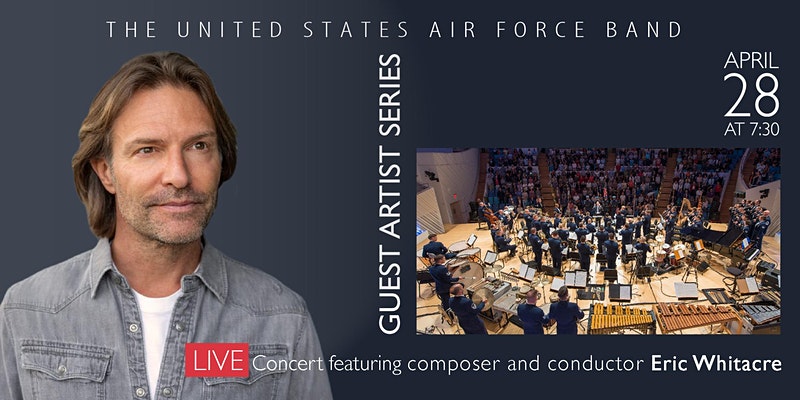 Tickets are free with reservation.

Grammy Award-winning composer and conductor Eric Whitacre is one of the most popular musicians of his generation. His concert music has been performed throughout the world by millions of amateur and professional musicians alike, while his ground-breaking Virtual Choirs have united singers from over 145 different countries. www.ericwhitacre.com

This concert will feature the Concert Band, Singing Sergeants, Air Force Strings and a special appearance by The Choral Arts Society of Washington Youth Choir.

To learn more about supporting our season journey, email JoinUs@ChoralArts.org.

All programs, artists, dates, times, and content are subject to change.