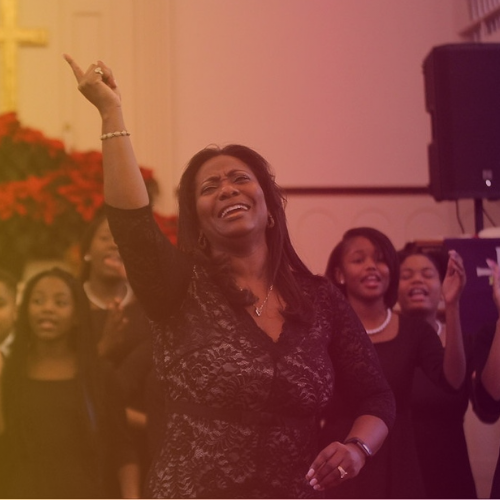 Behind the Scenes with Michele Fowlin

Michele Fowlin is a multi-talented musician, sharing her creative gifts as a music teacher at Eleanor Roosevelt High School and the artistic director of Washington Performing Arts’ Children of the Gospel Choir.

In her work with young singers, she encourages an embrace of one’s best self, saying, “Live to the level of the anointing that the Creator has placed on you. What does that look like? And so, if you’re halfway stepping? [The] Creator doesn’t make ‘halfway’ anything. So stop. And be excellent.”

Choral Arts is humbled to join Michele and Washington Performing Arts (WPA) in co-presenting Living the Dream…Singing the Dream, our 32nd annual choral tribute to the life and legacy of Rev. Dr. Martin Luther King, Jr. We joined Michele and Theodore Thorpe III (Artistic Director, WPA’s Men and Women of the Gospel Choir) earlier this month, tracing their paths from childhood piano practice to leading ensembles, which compelled us to learn a little more about Michele’s inspirations.

“Live to the level of the anointing that the Creator has placed on you. What does that look like? And so, if you’re halfway stepping? [The] Creator doesn’t make ‘halfway’ anything. So stop. And be excellent.”

Choral Arts: Could you tell us about a moment of connection or transformation, through music?

Michele Fowlin: Often times, when performing, I think of taking risks that were not rehearsed. There is an absolute feeling that comes over me that says, “Do it. It’s right”. But while directing, I have many more elements in the equation, than myself, to consider. At the National Cathedral for an MLK tribute, the feeling hit. There wasn’t a single musician, performing the song, that wasn’t present in the moment. You could “see” and “touch” the energy that was moving between audience and performers.  The connection was so palpable; that moment can never be duplicated and we had certainly performed this piece at least five times before.  It literally was a moment that even the audience didn’t want to let go. 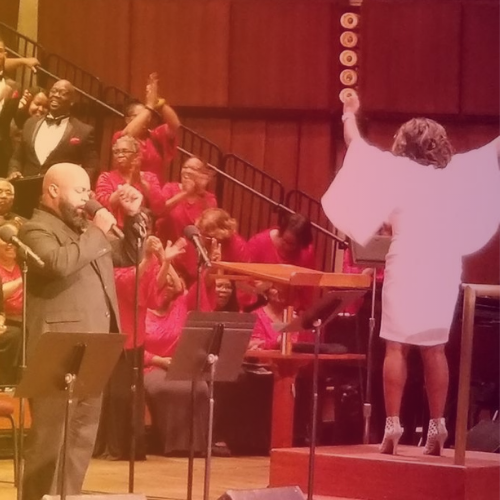 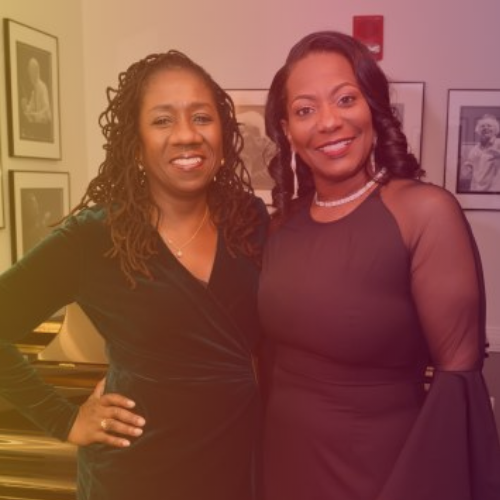 Choral Arts: What upcoming project are you most looking forward to?

Michele Fowlin: Well, Children of the Gospel is getting ready to tap into some other artistic areas that is definitely outside of our comfort zone. It’s gonna take A LOT of work and involvement from many different people to make this happen. They are completely excited about this project because they’ll have much control over its formation. But I can’t say what it is other than to tell you, we’ll be using our voice in a new way…LOL.  You’ll have to wait for it to drop in June 2021.

Pictured: Michele poses with Sherrilyn Ifill, director-counsel of the NAACP Legal Defense Fund, during Living the Dream…Singing the Dream 2019

Michele’s capacity to inspire has found another way to shine. Beginning February 8th, Michele Fowlin will be joined by her goddaughter Annisse Murillo to host their new podcast, The Muses Behind the Music, which will “create platforms for young girls, for older women, for still matriculating women, and especially women of color, who have a need to see people like themselves in these positions [that] they aspire to be in.” Find The Muses Behind the Music on all streaming platforms.

Click here to learn more about our upcoming co-presentation of Living the Dream…Singing the Dream.

Artistic Director Scott Tucker invites you to join him for a conversation and music with pianist and vocalist Ralph Herndon about music and our upcoming experience, Living the Dream…Singing the Dream.

Choral Arts and the Washington Performing Arts Gospel Choirs come together in a concert showcasing the powerful music that has given voice to the voiceless for generations in this 33rd annual choral tribute to Dr. Martin Luther King, Jr. This moving performance will inspire the spirit and features a collaboration of styles, music, ages, and cultures.

The Choral Arts Society of Washington