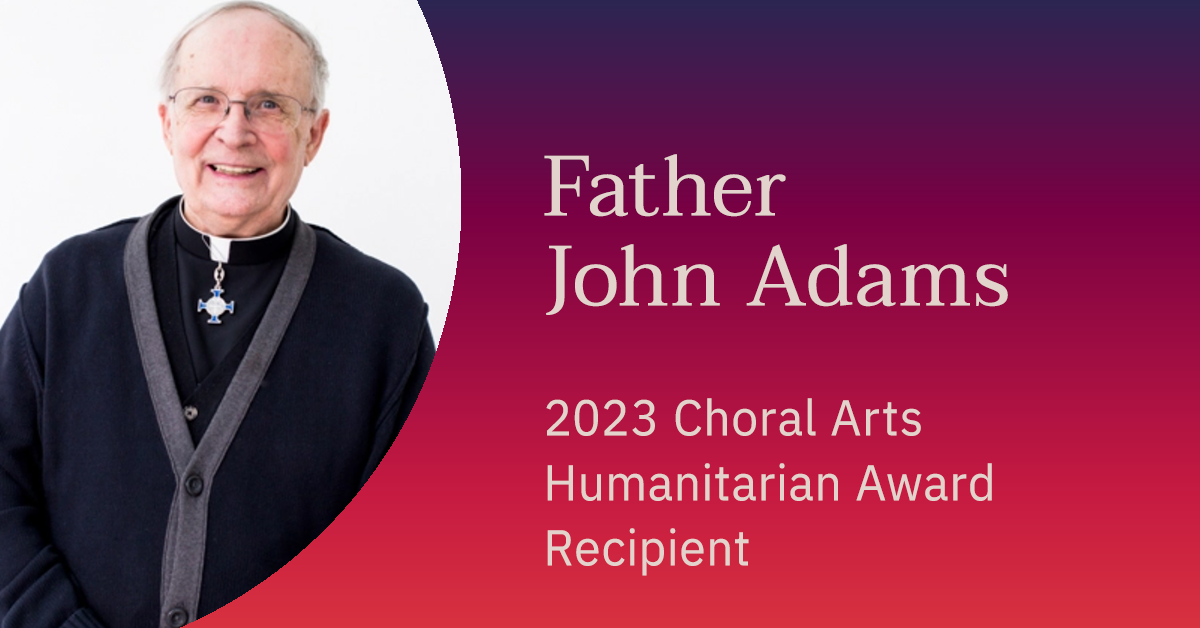 The 2023 Choral Arts Humanitarian Award will be presented to Father John Adams at Living the Dream…Singing the Dream, the 35th Annual Choral Tribute to Dr. Martin Luter King, Jr. on Sunday, February 5, 2023 at the John F. Kennedy Center for the Performing Arts. Click here for tickets.

Fr. John was ordained in 1969 and received his master’s degree in Social Work from  The Catholic University of America. After serving his initial assignments as a social worker, he started Christ House, which provides meals, shelter, and crisis intervention to the poor and homeless in Alexandria, VA.

In 1978, Fr. McKenna, S.J., founder of SOME, invited Fr. John to become the Director of SOME. Under his leadership, SOME grew from a small soup kitchen with one employee and two volunteers to the comprehensive human services agency the organization is today.

Fr. John has often been recognized for his work at SOME, as Washingtonian of the Year, a Freedom Forum Free Spirit, an Olympic Torch Carrier, a Congressional Victory Against Hunger Award recipient, and recipient of an Honorary Doctorate from Marymount University. Fr. John moved to an emeritus role in 2020 after 42 years of service to SOME.